One of the main aims of this Erasmus+ project was to develop an assessment tool in the form of a videogame called THE LANGUAGE MAGICIAN to be used in primary schools. On 23 of March 2018, after three years of continuous development, the game was officially launched and is now available for free on the project’s official website. THE LANGUAGE MAGICIAN is a fun way for pupils to build on their language and IT-skills while providing you as the teacher with information on their progression in foreign language learning. The scope of this project was to create an assessment tool that would test the pupils’ language skills without them noticing of being tested and, at the same time, to entertain them and let them have fun in learning foreign languages.

The Goethe-Institut, as the leading organisation, has been working in a strategic partnership with 9 other respected partners in the UK, Germany, Italy, and Spain. The final product, the videogame, is now available in seven language combinations and includes exercises that test listening, reading and writing abilities.
The storyline of the game centres on a young student magician striving to liberate his animal friends from the evil magician Winivil’s curse, which has transformed all animals into doorknockers. The pupils create their own magician-avatar before starting to play and will dive into a magic world of fun, excitement and full of surprises.

Now go to the Game 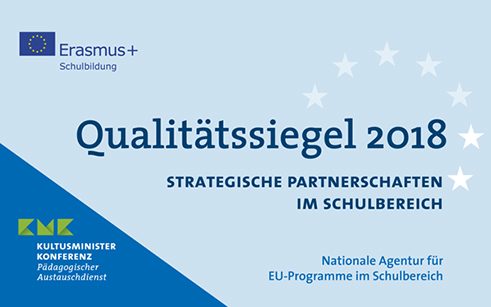 This is an amazingly successful project, which addresses in exemplary fashion the priorities of the Erasmus+ program, according to the final evaluation by the respective national agency (PAD). It contributes highly significantly to the aims of strategy Europe 2020 as, thanks to the produced results, it already fosters learning languages for primary school children and thus sets the foundation for improved learning results at a later stage in this educational sector.

in UK, Germany, Italy and Spain:

Back to German for Children