The joint development of a theatre project in a team is a decisive factor in the artistic approach of theatre director Verena Regensburger. In terms of content, she deals with various facets of communication. An intensive examination with the counterpart is always in focus. 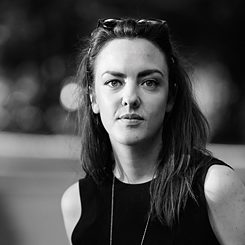 © Jean-Marc Turmes In her bangaloREsidency Regensburger plans to explore the spectrum of different communication strategies with the students of the Abhinaya Taranga acting school.
How can we communicate if we do not speak the same language? On the one hand, we can express rudimentary things through our body — gestures and facial expressions, on the other hand, articulated speech offers us the opportunity to communicate with each other through the sound of the voice, the accentuation and the style of how we speak. Co-developed aesthetic forms shall identify the human being as a ‘language artist’ and a system of universally valid and individual expressions without any language barriers will be created.

Verena Regensburger graduated in Theatre Sciences as well as Languages, Literature and Culture at the Ludwig-Maximilians-Universität München (Munich, Germany). She was awarded the scholarship "Deutschland Stipendium" in 2013 and 2014. During her studies she did internships at theatres like the Residenztheater München as well as at the Münchner Kammerspiele in directing, video and stage design.

From the season 2014/2015 till 2016/2017, she has been an Assistant Director at the Münchner Kammerspiele. She worked inter alia with the directors Susanne Kennedy, Martin Kušej, Armin Petras, Nicolas Stemann, She She Pop, Stefan Pucher, Yael Ronen and Christoph Marthaler.
In the course of her assistance, she showed, among others, the fairytale "Peterchens Mondfahrt" ("Peterchen´s Trip to the Moon") and a project with school children from Munich called "Leben am Ende der Selfie-Stange" ("Life at the End of a Selfie Stick"). The play was written by her and shown at the “TuSCH“ festival. "LUEGEN" ("lie") is her graduation work at the Münchner Kammerspiele. Together with the actress Wiebke Puls and the deaf actress/dancer Kassandra Wedel, Verena Regensburger and her team developed a theatre play, where the stage becomes an experimental space for what is communicated consciously and subconsciously. "LUEGEN" was invited to the "NO-LIMITS" festival Berlin, the "SOMMERBLUT" festival in Cologne as well as to the "Bayerische Theatertage" ("Bavarian Theatre Days") in Fürth and is continuously in the repertoire of the Münchner Kammerspiele.
At the Residenztheater München, Verena Regensburger gives workshops to train participants for auditions at drama schools. Sheis currently working in Zürich (Switzerland) with the musicians Hank Shizzoe and Michael Flury on an update for the "Golden Record", a NASA Voyager spacecraft data carrier, that tells about life on planet Earth. In this event series "VOYAGER III" new image, sound and music contents are discussed with one ‘musical’ and one ‘intellectual’ expert. In her upcoming theatre play called "die dada. das öffnen und schließen des mundes." ("she dada. opening and closing of the mouth.") she examines sound poetry and deals with questions like: What effect does onomatopoeia have on a deaf person, for whom the original sound event initially seems imperceptible? What are alternative modes of perception when auditory impulses are missing? For this work Regensburger received the debut funding from the City of Munich.

Verena Regensburger @ Abhinaya Taranga (Oct. 2018)
I did not want to leave. After almost seven weeks in Bangalore I still haven’t seen enough to have enough. I learned so much about the culture, the country and the people and I’m sure it was much more intense than being a tourist in a country like India. Living with the people and working with the locals to create a play together, let me collect impressions and knowledge about the way of life in this country, which no travel guide could provide. I am more than happy that I had the opportunity to learn so much — it’s all about the process.

My host of the bangaloREsidency was Abhinaya Taranga, a theatre acting school, which plays an important part in the cultural scene in Bangalore.

Before I came to India I was not sure about how the theatre system is working there — so what does it really mean “a theatre school for working professionals“. Actually it means that most of the students work to earn money and then in the afternoon they can go to the acting classes. What’s in particular special about Abhinaya Taranga: the aim of the school is not primarily to educate them to be good actors, they want them to become critical thinkers first.

I had the great good luck, that I became like a part of my host Gowris’ family. I lived partly at the apartment of Gowris’ daughter and then at the home of the other daughter. In addition, I spend a lot of time with the family of Gowris’ brother, who runs the Art School of Abhinaya Taranga and is a puppet-player. All are artists in their own right. We had great discussions; they told me about the way they handle their traditional and / or modern life and culture, but what’s more important, they also explained to me how other people live in contrast to them. Being part of Abhinaya Taranga means taking part in an acting and an art school. I was surrounded by actors, singers, dancers, puppet-players and visual artists. I had a lot of questions and I got a lot of answers. One thing I learned at the very beginning: In India it's always 50/50, there are always two sides of a coin or society. 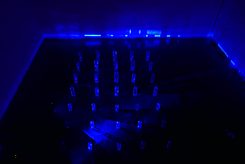 © Verena Regensburger
When I met the three former acting students of Abhinaya Taranga, Vishal Patil, Ajay Sharma and Raghu Dayear, it wasn’t clear that we will develop a theatre play together. We just wanted to work on the topic: “How can we communicate, even if we don’t speak the same language.” We got to know each other. After one and a half weeks I recognised that each of the three actors can speak about five different languages and dialects, but even if the audience couldn’t speak these languages they would understand. We found out a lot and developed scenes together, but because of this we had to change the topic. I was guessing with astonishment, that what they wanted to explain or show me in their language, and which I could not understand, but this effect and learning experience could never happen to a local audience in this way. For example, in one scene the three split the possibilities to express themselves: One could only use his voice, the other his body language and the third his facial expressions to explain a message together. But if you as a viewer understand the meaning of the words, the gestures and facial expressions will be just mime for the spoken words and less important, not to say boring. 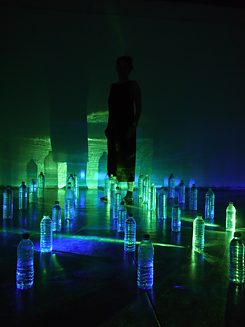 © Annika Hippler
In the end we stayed with the first part of the topic — “How to get to know each other” — and didn’t take the second part — “even if we don’t speak the same language” — literally. So the play is not about different spoken languages, it's about different mindsets. The outcome My Name Is I Love You is an insight into the obstacles three young men have to deal with in their pursuit of love in the context of Indian society. It's about people in love and how they have to play hide-and-seek. It's about love and arranged love. We still explored the spectrum of different communication strategies and we questioned our behaviour in the dealing with, getting to know someone or how to behave in matters of love. After the first few weeks of intensive talks, focusing on the different cultural contexts, the script emerged. We opened it up, that it's not just the point of view of these three men, because we wanted to show all the aspects of this 50/50 culture. The five answers I heard the most these days: We are talking in general. / It depends. / It's 50/50. / It's for healthy reasons. / It's religious.

It should never be me coming as a foreign theatre director, asking questions or questioning their way of living and then showing all of this in a play — we met and My Name Is I Love You is what we wanted to share. For sure in some parts it's nothing new for the Bangaloreans, who come to see this play, but maybe it's something new to show this on stage and in this humorous way. Yes, sometimes it's also sarcastic, but we never wanted to be judgemental. 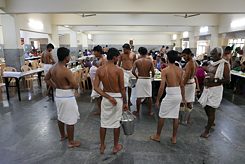 © Verena Regensburger Your work and ideas are influenced by what you see, what you’re doing and what you’re thinking about — and the other way around. For this reason being a bangaloREsident is a very intense experience. I had another focus, another flow, because my private life in Bangalore was a one to one inspiration for my work with the three Indian actors. Questions I got by day, found their answers at work. From my point of view I also learned a lot about my home and about myself, since every question I asked raised a query. I had to explain our German or Bavarian habits and I had to express myself.

Vishal Patil, Ajay Sharma und Raghu Dayear told me: “Everything you can learn from is a god.” — I came there to be their teacher, but they taught me a lot. Dhan’yavādagaḷu. 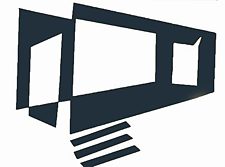