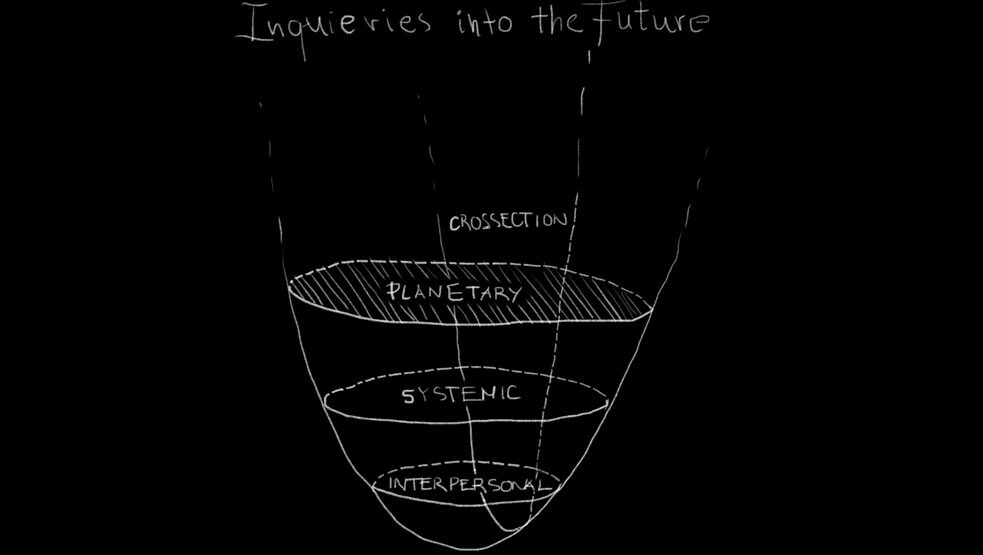 Inquiries Into The Future

The program series “Inquiries into the Future” develops from an East-West curatorial tandem and was conceived with an open outcome. From this perspective, possible developments in the coming years should be imagined, discussed, investigated and at the same time placed in a global context. In particular, art and digital culture are to be questioned: What ideas can they offer for possible futures? Which productive forms for approaching possible futures already exist or can be exploited?

The starting point for speculation and reflection on the future of Central and Eastern Europe are different levels of relationships: the relationship with oneself with regard to one’s own future (e. g. as a creator of culture), the relationship between East and West, interspersed with systemic, socio-economic structures, and the relationship of people with their environment and other forms of life. This multi-layered approach reflects the desire and attempt to take account of complexity; no development can be seen in isolation, but touches us on different levels. Unjust socio-ecological relationships run through all relations and ensure the continued existence of class, race, heteronormative and patriarchal privileges through the production of wasted people, beings and places.

The attack on Ukraine came just before the finalization of the program; the war cuts through all levels of relationships, while at the same time making the interconnections and connections even more apparent. In view of the current situation of a war in this region – and not only there – of a continuing pandemic and the threat of climate catastrophe, the question of how we can even think about the future / futures seems all the more urgent: How can we think about plans, wishes and visions for our personal future, with regard to social developments and the planet today?

In order to respond to this changed, unforeseeable situation, the programme is open-ended and should provide space for mutual doubt, reflection, reflection, discussion. Above all, the artistic, activist, academic and critical voices of all those affected by the Russian invasion of Ukraine are to be strengthened.

What Future/s?
With the brutal military invasion of Ukraine, the world changed overnight – this war cuts across all current and future issues for CEE that we wanted to address. Shocked and at the same time puzzled, we ask ourselves not only from our role as cultural creators or from art institutions: “What now? How can we imagine any kind of future? How can we talk about the future now? An online impulse lecture dealing with these questions forms the kick-off of the program series “Inquiries into the Future.”

Since ideas and projections of the future are all too often based on the same institutions and areas that caused the crises in the first place, artists, researchers, theorists, and activists will have their say in the series. who might be able to find a language to express the incomprehensible present, to comfort, to vent their own feelings and fears, and to imagine how to proceed from here and where to? What might possible/alternative futures look like after this war has influenced social, economic and ecological relationships and made it clear how intertwined they are?

State of Mind
The first on-site event at the Goethe-Institut in June takes a look at one’s personal constitution with regard to the near and far future. In joint conversations and openly staged situations and workshops, the invited artists and activists dedicate themselves to the state of mind in the context of increasing precarization, permanent availability and optimization pressure of today’s working and living conditions. While we live in a society where mental problems and illnesses have been privatized and where responsibility or “guilt” is attributed to the individual, the program explores the collective and political aspects of fear, disease and trauma.

In doing so, we consider the effects and traumas of war in the immediate vicinity, as well as the navigation of media full of horror and false news or doom scrolling as supposed coping mechanisms. Our entire social and private life is permeated by fear, especially when we think about the future – how can we deal with it?

22 June, 6 pm: Peter Sit & Barbora Kleinhamplová (Institute of Anxiety)
23 June, 10 am: Workshop: Barbora Kleinhamplová
Wasting Relationships
This panel examines how (formal) relationships between people are often characterized by exploitative relationships. The artists, theorists, and activists investigate the ideological structures and power relations that keep the Eastern, post-communist space in the position of the (exploited) constructed “Other” even years after the end of the Cold War and which geo-political currents continue to exist due to the ongoing separation of East and West. The event looks at the new logistics centers of German/Western European e-shops in CEE, as well as the conditions for migrant workers in the care sector and seasonal workers in the asparagus harvesting and asks how this will develop further? What will it look like tomorrow? Who’s going to have what job? How does the war affect these relationships now and in the future? What does it mean when the granting of protection and asylum is linked to usability or proximity and “similarity? What is the role of (social) media as an apparatus involved in generating devaluation, polarization and violence?

Elemental Relations
The 2022 series will end in October with an event on human and non-human interconnections, relationships on a planetary scale. Prognoses for the future of our planet are bleak. We have entered a new geological age in which the earth has been so badly damaged by human influence that mass extinction is now a real possible and not too distant future.

Against the backdrop of extractivism, climate catastrophe but also the current nuclear threat, the invited artists deal with our relationship to the planet, to our environment and to non-human beings. On the one hand, by considering the idea that one can prepare oneself for the future by accumulating data and mathematical probabilities, at the same time the program sheds light on the potential of tracking, listening and looking at the Earth and its future. The participants show how the current relationship with our environment generates pandemics, the creeping violence of climate catastrophe, weather extremes -- and wars. 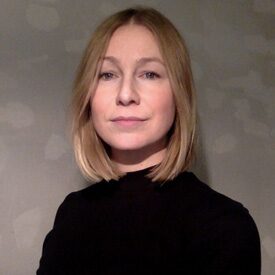 lives and works as a curator and cultural producer in Berlin. In recent years, she has developed, produced and curated exhibitions, performances, discourse programmes and digital projects. After several years as a curator at the transmediale festival for arts and digital culture, she directed the Web Residency Programme at Akademie Schloss Solitude. As part of the curatorial collective connected to the independent project space ACUD MACHT NEU, she initiated the programme COLLECTIVE PRACTICES, which dealt with questions of collective knowledge production, cultural creation and organising in response to new technologies. Inga Seidler has been a member of several committees for artist in residency programmes and cultural institutions, and recently she was a jury member for the cultural exchange stipends of the Federal State of Berlin and the HKF. Since 2020 she is curating the exhibition programmes of the EMAF European Media Art Festival at Kunsthalle Osnabrück. 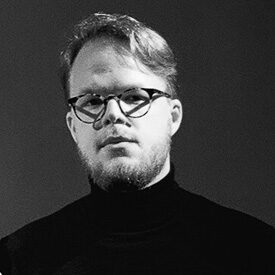 is a visual artist, digital story-teller, young academic from Bratislava, who currently teaches at the Academy of Fine Arts in Bratislava. He studied painting and mathematics in Bratislava, after which he wrote a dissertation at the Academy of Fine Arts on the usefulness and reality of fiction. His work explores the relationship between culture and technology, the political and ethical aspects of listening to non-dominant voices and the interpretation of the world. His latest projects look at the relationship between astronomers and indigenous peoples in the construction of the Mauna Kea telescopes, the flight of dinosaurs as a technology for survival after the extinction or re-categorization of the planet Pluto. He is a co-founder of the digital art platform at the Academy of Fine Arts in Bratislava. 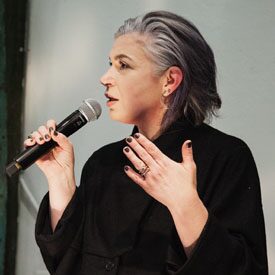 is a curator, organizer, and educator and founding general and artistic director of BAK, basis voor actuele kunst in Utrecht. She was research and artistic director of FORMER WEST (2008–16), which she initiated and developed as an internationally collaborative research, education, publication, and exhibition project. Hlavajová has instigated and organized numerous projects at BAK and beyond, including the series Propositions for Non-Fascist Living, Future Vocabularies, and New World Academy (with artist Jonas Staal, 2013–2016) among many other international research projects. Hlavajová is also co-founder of the tranzit network, a foundation that supports exchange and contemporary art practices in Austria, Czech Republic, Hungary, and Slovakia. Hlavajová organized the Roma Pavilion Call the Witness (2011) in the context of the 54th Venice Biennale and curated the Dutch Pavilion titled Citizens and Subjects at the 52nd Venice Biennale (2007). 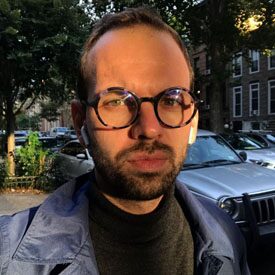 studied photography and intermedia in Bratislava and Prague. In 2012, he co-founded
the APART collective, within which they founded the APART LABEL publishing house, where he
co-edited more than 20 publications. He is the editor of Climate Crisis.txt (APART, Display,
Capital, 2019). Together with Apart, he exhibited at the Kunsthalle Bratislava, Karlin Studios in
Prague, Easttopics in Budapest, Plusminusnula in Žilina, the Biennial of Graphic Design in Brno,
CCA Kronika in Bytom. In 2022 he curated the exhibition of Harun Farocki: Shaping of our
Present in A Promise of Kneropy in Bratislava. In 2018 he co-curated the 9th Futurological
Congress in Bratislava with Juliet Aranda. In 2018 and 2019 he participated in the Work Hard!
Play Hard! in Minsk. He organized and participated in several lectures and discussions on
conceptual art in the context of (artistic) education. In 2018 and 2019 he co-organized the
Bratislava BAK Summer School. In 2020, together with the Working Group for Research on
Extrasensory Aesthetics, he was a laureate of the Jindřich Chalupecký Award and a laureate of
the scholarship program of the NOVUM Foundation. In 2019 he received a fellowship at the
Salzburg Summer Academy and a three-month residency at the Art in General in New York.
Since 2017, he has been a member of the team for research into the history of Czechoslovak
psychotronics, its institutional and ideological context, as well as its potential transitions into
contemporary art. Peter Sit focuses on collectivity and its potential in the current world order, the
issue of work, within the artistic operation he is interested in the extended field of activity of the
artist in the whole range of artistic production. Moving between the positions of artist, organizer,
publisher, curator and editor is part of the artist&#39;s practice. He is currently working as a doctoral
student at the Academy of Fine Arts in Bratislava with the topic of Art in Times of Anxieties and
Depressions.

Barbora Kleinhamplová`s (institute of Anxiety) work explores the question of what constitutes society, what its illnesses and emotions are, and what its future holds in relation to institutions, work, the economy, and the political situation through the means of association and metaphor.