Photo by Yichun Lu on Unsplash

The Science Film Festival is a celebration of science communication in Southeast Asia, South Asia, Africa, the Middle East and Latin America: In cooperation with local partners it promotes science literacy and facilitates awareness of contemporary scientific, technological and environmental issues through international films with accompanying educational activities. The Science Film Festival presents scientific issues accessibly and entertainingly to a broad audience and demonstrates that science can be fun. The event has grown considerably since its first edition in 2005, becoming the largest event of its kind worldwide.

The Science Film Festival received 161 films from 34 countries this year. We thank all filmmakers, producers and broadcasters for their submissions despite this year's circumstances in the face of the Corona crisis. The 2020 call for submissions is now closed and the official selection will be announced in August.

The festival is still scheduled from October 1 through December 20 in countries in Southeast Asia, South Asia, the Middle East, Latin America and Africa. There are alternative digital formats in preparation for the possible cancellation of large screenings in some participating countries. Even in these extenuating times, the Science Film Festival is committed to facilitating access to quality science communication, education and cultural exchange!

We thank you for your understanding and support. Further information on participating countries and formats will be announced in September.

More about the Festival

In 2015, 193 countries adopted a vision for the world in 2030. The vision is ambitious: a world of peace and prosperity built on a foundation of a healthy natural environment. A world of improved health, access to quality education, good jobs and reduced inequalities, among other aspirations.

This vision, outlined in the 17 Sustainable Development Goals (SDGs), is our shared blueprint for a better, sustainable future. To achieve that future, we must look at the world today, understand the possibilities for change and take action to make that change happen.

More about the Theme of the Year The Science Film Festival presents 83 films from 23 countries in total that make up the official selection 2019. Please note the selection varies from country to country.
Go to Countries 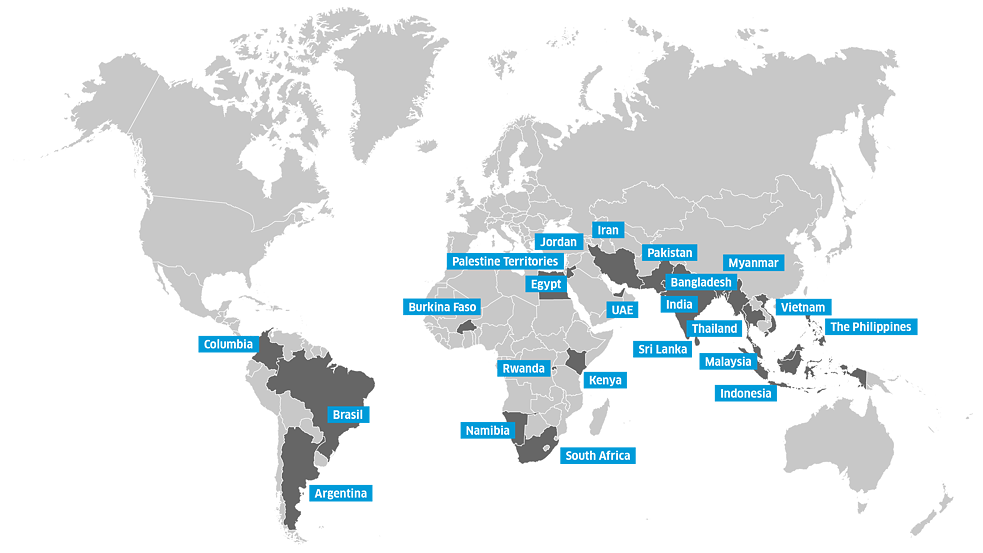 The Science Film Festival received nearly 220 films and over 30 local science education and communication professionals in the participating festival countries have chosen 83 films from 23 countries that make up the official selection of the Science Film Festival 2019. All films are translated and synchronized or subtitled into local languages where necessary to offer access without language barriers. The Science Film Festival accepts entries every year from mid-January until the end of March.