Photo by Yichun Lu on Unsplash

The Science Film Festival is a celebration of science communication in Southeast Asia, South Asia, Africa, the Middle East and Latin America: In cooperation with local partners it promotes science literacy and facilitates awareness of contemporary scientific, technological and environmental issues through international films with accompanying educational activities. The Science Film Festival presents scientific issues accessibly and entertainingly to a broad audience and demonstrates that science can be fun. The event has grown considerably since its first edition in 2005, becoming the largest event of its kind worldwide.

91 films from 27 countries are in the official selection this year and will be shown at the Science Film Festival. Please note dates and selection vary from country to country, so check further details for your country of interest on our website.

All films in the official selection are in competition for the six awards presented by the Science Film Festival. The award winners will be announced in January 2023. More information on the awards can be found in our awards section.

Teachers and facilitators will find a set of educational activities to accompany films for younger age groups in the teaching materials section of the website.

More about the Festival

Equal opportunity is a state of fairness in which individuals are treated similarly, unhampered by artificial barriers or prejudices or preferences. A diverse and inclusive scientific workforce draws from the widest range of backgrounds, perspectives and experiences thereby maximizing innovation and creativity in science. The Science Film Festival 2022 is committed to increasing awareness on the issue of diversity and inclusiveness in the STEM fields.

More about the Theme of the Year 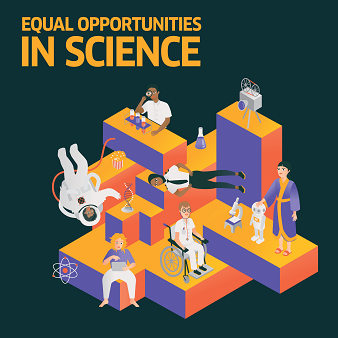