Katerina Valdivia Bruch is a Berlin-based independent dancer and choreographer, who researches on dance and other fields of art. She collaborates with different artists, such as experimental musicians and visual artists, focussing on an interdisciplinary work.
In the nineties, she has been actively working for different contemporary dance companies in Lima (Peru), participating in local and international dance festivals. In 2000, she moves to Berlin and starts to create her own pieces, mainly as a solo performer. 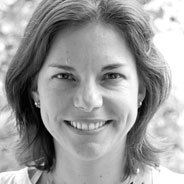 © Private Among her interests are instant compositions, based on guided improvisations on stage or in the public space. For a number of projects, she has involved non dancers, promoting their own movement and integrating them in her choreographies. In the last years, she has started to experiment with video, producing her own video dance pieces. Katerina has performed, created choreographies, given lessons and workshops in several countries, including Germany, Brasil, Indonesia, Mexico, Serbia, Poland and Spain.

For the bangaloREsidency@Natya STEM Dance Kampni, she will work on the topics of freedom and imprisonment, and trace the limitations and openness that offer public buildings, using dance and video as a means of expression. As an example of this, she would like to work on the history of Freedom Park in Bangalore, use the buildings in the park in order to explore the use of space and its limitations through dance and movement. For that, she would like to collaborate with local dancers and visual artists.

As part of her residency there will be a three-day video dance workshop on dance and architecture in the public space. In the framework of her exchange with local dancers, she will give Modern Dance lessons at Natya Institute of Kathak and Choreography and learn some basic Kathak movements in order to incorporate them into her own dance language. The final outcome of the residency will be a public presentation of a dance video, a collaboration with STEM Dance Kampni, shot at Freedom park.